What Does a Solar Inverter Do?

Is it possible to live in a home without constant electric power? Probably not, unless you are comfortable living without lights and other benefits of an electric supply. But if you are wanting to do your bit for the environment, you can install a solar inverter at your home.

A solar inverter is much more than a fancy electrical appliance. It converts the power in the solar panel into consumable power for your home.

Here’s a brief overview of how it works.

Now you know what solar inverters do, here are the various types of inverters on the market.

There are various types of solar inverters, but you’ve got to ascertain that the inverter is approved by the Clean Energy Council (CEC) before making a choice. Also, it has to meet the Australian Standard AS 4777.

Fret not! Most of the large brands out there meet these standards, but if you come across a new brand, you’ve got to pay close attention to see if it meets these standards.

Here are the various types of solar inverters out there in the market.

Choosing a solar panel is one step. The heavy lifting comes during the installation process — and that’s where Voltfix Electrical comes into play.

Voltfix Electrical helps you with all your electrical, air conditioning, and solar power needs. You can reach out by calling 1300 500 832 or shoot an email to admin@voltfixelectrical.com.au.

We're not around right now. But you can send us an email and we'll get back to you, asap. 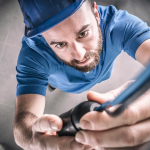 Choosing the right commercial electrician for your businessCommercial, Electrical, Switchboards 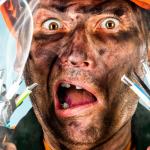 Why You Need an Electrician for Home Security InstallationElectrical, Home Automation, Residential