The Importance of Maintaining Smoke Alarms in Your Home

By Voltfix
Posted 20/06/2020
In Electrical, Energy Saving, Smoke Alarms
The Importance of Maintaining Smoke Alarms in Your Home2020-06-202020-07-25https://www.voltfixelectrical.com.au/wp-content/uploads/2018/03/logo-voltfix-main.pngVoltfix Electricalhttps://www.voltfixelectrical.com.au/wp-content/uploads/2020/06/untitled-design-13.png200px200px
0
0

House fires are more common than you think and can often prove to be deadly. They kill more Australians annually than all natural disasters combined. What is heartbreaking is that most of these deaths can easily be prevented if up to date smoke alarms are installed and smoke alarm maintenance, testing and safety protocols are followed.

Smoke detectors automatically detect fire through the smoke present in the air.

Since most house-fires happen at night, and most subsequent deaths occur as a result of smoke inhalation rather than burns, working smoke detectors can prove to be the difference between life and death.

After a series of fires that caused many deaths, the NSW Government introduced new legislation regarding fire safety protocol on May 1, 2006. This legislation required all residential dwellings to have at least one smoke detector on each level of the home.

Still, between 2003 and 2017, there were more than 900 preventable fatalities due to fires in residential buildings.

The Fire and Emergency Services (Domestic Smoke Alarms) Amendment Act 2016 (Qld) was introduced on January 1, 2017, and imposed many necessary provisions that had previously raised concerns.

Before the Act, smoke alarms could be both ionisation based or photoelectric. The fact that ionisation alarms were far more inferior in detecting fire, and far more likely to be deactivated due to false alarms, made them problematic. After the 2017 legislation, all smoke alarms must be of a photoelectric type and compliant with Australian Standard (AS) 3786-2014.

According to the Act, all new dwellings are required to have interconnected photoelectric smoke alarms on all levels, in every bedroom, and connecting hallways. It also mandates that no alarm should be older than ten years.

These laws are put into place for the safety of the citizens, but the government can only go so far to protect its people. The responsibility falls upon you to make sure you are doing your part in ensuring the safety of yourself and your family.

Why and How to Test Smoke Alarms

While it is easy to forget to check your smoke detectors regularly, the risk of not doing so should always be kept in mind. Studies indicate that the risk of death in a house fire is reduced by 60 percent if a smoke alarm is installed and in working condition.

The Queensland Fire and Emergency Services has developed a website to assist in smoke alarm education. It is advised to check if your smoke alarms are in working order at least once a month. They should be cleaned annually with a vacuum and replaced every ten years.

With one person dying every week on average due to house fires in Australia you can understand how important smoke alarm maintenance and testing is. Just a few simple changes can ensure your loved ones and your home are safe.

To keep your house safe and protect your loved ones, you need a robust detector and smoke alarm installation system. Voltfix Electrical has a team of certified, qualified, and licensed professionals to help you install smoke alarms in your property. We can also assess your current smoke alarm systems and make professional recommendations – check out our smoke alarm sales catalogue here. You can call us today at  1300 500 832 to plan a visit or schedule an appointment.

We're not around right now. But you can send us an email and we'll get back to you, asap. 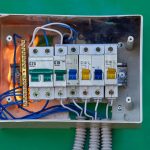 How to Deal with A Faulty Switchboard?Commercial, Electrical, Residential, Switchboards 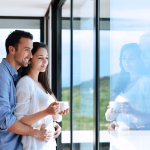